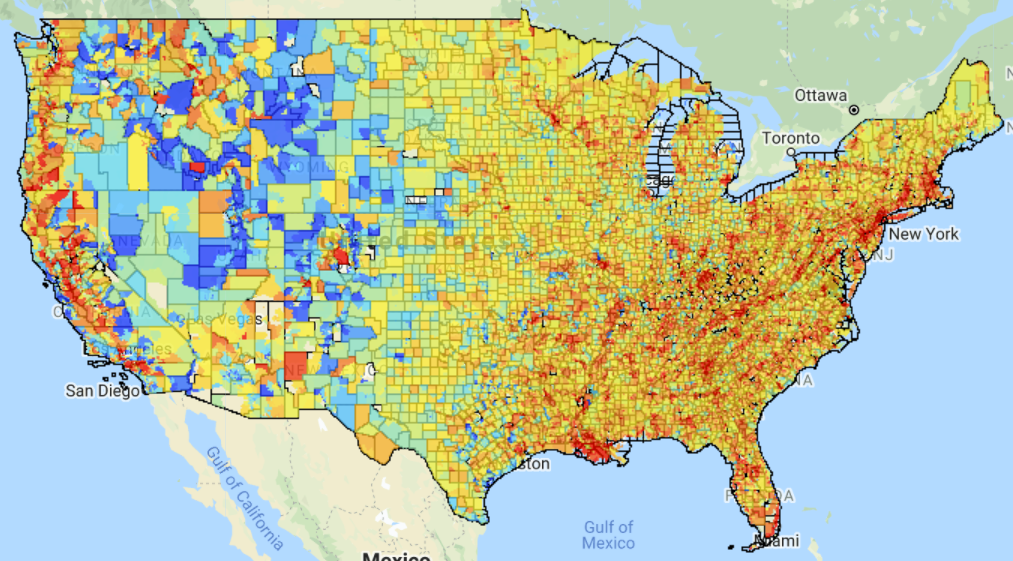 Researchers at UC San Diego have compiled a database of temperature by census tract, which, when combined with other census data, allowed the researchers to study the correlation between heat and various socioeconomic metrics like poverty.

Their findings were published in the journal Earth’s Future.

A summary of the research findings, from the Times of San Diego:

The analysis revealed that for 71% of those counties, land surface temperatures in communities with higher rates of poverty can be up to 7 degrees Fahrenheit warmer, compared to the richest neighborhoods during the summer months. The same is true for minority communities across the country compared to their non-Hispanic, white neighbors — even when controlling for income.

“The physical features driving surface heat spikes in these urban environments are fairly consistent across the country, even for cities with very different geographies and histories,” said first author Susanne Benz, who was a postdoctoral fellow supported by the School of Global Policy and Strategy’s Big Pixel Initiative while conducting the study.

“Systematically, the disproportionate heat surface exposures faced by low-income communities with larger minority populations are due to more built-up neighborhoods, less vegetation, and — to a lesser extent — higher population density,” she said.