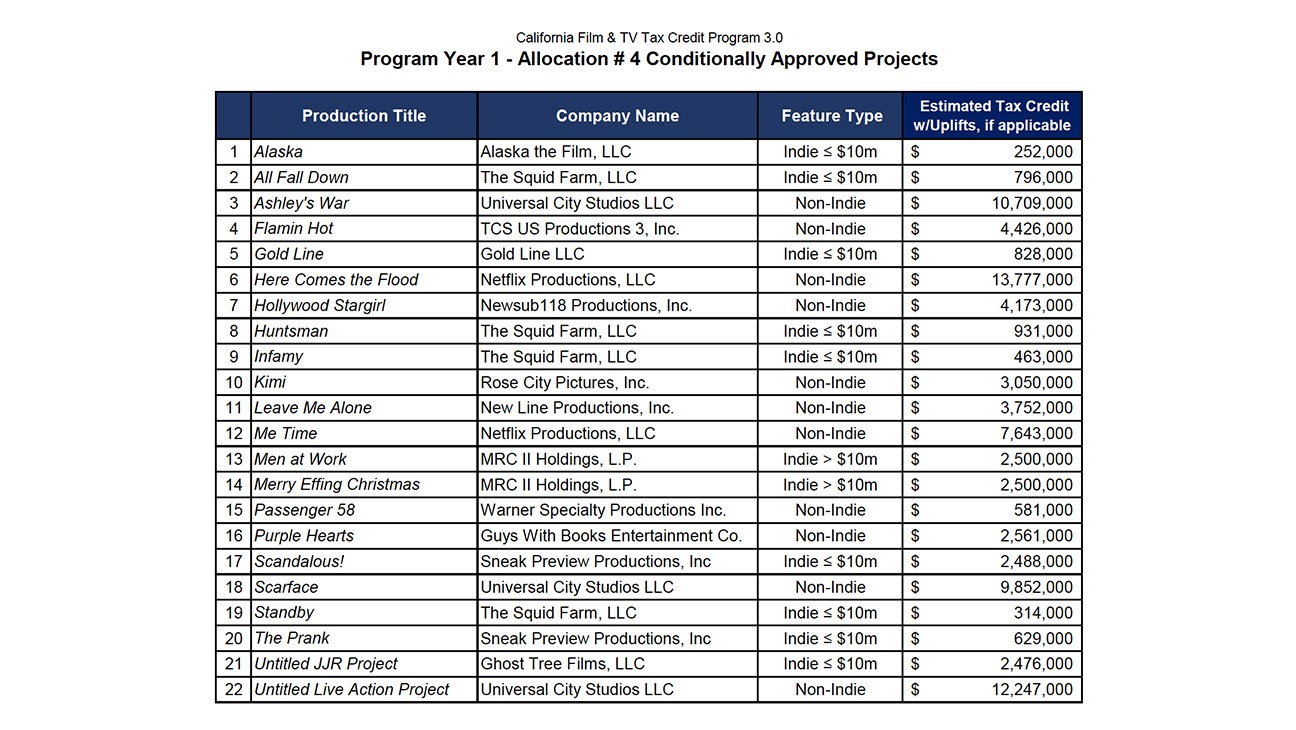 Hollywood has always been the hub for the film industry; but California revamped its tax credit program to lure film production to other parts of the state.

It appears to have worked. Of the 22 films qualifying for the state’s tax credit program, 16 of them will film “out of zone”, or in non-LA locations.

The nearly two dozen projects are estimated to generate more than $430 million in “qualified” spending (meaning below-the-line wages to California workers and payments to in-state vendors.) Nine of the 11 independent films were accepted into the program’s recently added $10 million-and-under qualified spending category, which reserves credits specifically for lower-budget independent films. The largest among them is Scandalous! with $9.95 million in qualified spending.

Together, the projects are on track to employ an estimated 2,546 crew, 695 cast and 26,13 background actors and stand-ins over a combined 718 filming days in California. That doesn’t even include post-production jobs and revenue for California VFX artists, sound editors, sound mixers, musicians and other workers.

One of the goals of the revamped tax credits program has been to bring production jobs and spending to regions across California and not just Los Angeles. These films do just that, as 16 of the 22 projects plan a total of 304 filming days outside the city’s 30-mile-zone. California’s tax credit program has now incentivized more than 60 out-of-zone film and TV projects.