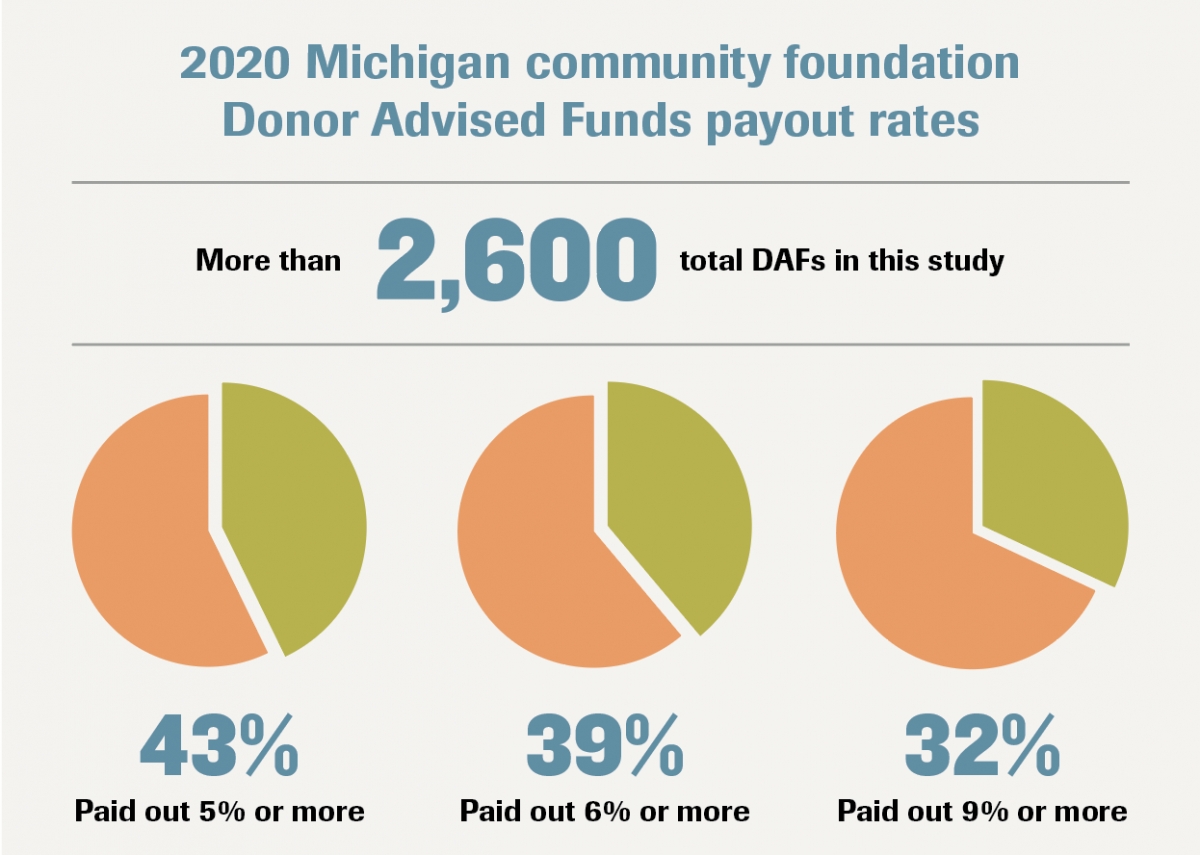 An analysis of 2,600 donor-advised funds in Michigan sheds new light on how the philanthropy vehicles distribute money.

The study was commissioned by the Council of Michigan Foundations and carried out by researchers at Grand Valley State University.

The findings, from MiBiz:

The GVSU study analyzed 2,600 DAFs held at Michigan community foundations, finding that roughly two-thirds of the funds distributed money to charities in any given year. About 90 percent of DAFs at Michigan community foundations gave money at least once from 2017 through 2020, the study found. About 10 percent of the DAFs studied did not make contributions in the four-year period, while the median distribution from a Michigan DAF increased from $8,500 in 2019 to $9,750 in 2020.

“On its face, this fear that a lot of DAFs are sitting on the side can be mitigated because two-thirds of all DAFs made a distribution,” Jeff Williams, director of the Johnson Center’s Community Data and Research Lab, told MiBiz. “If you’re worried about huge DAFs sitting on the sidelines and parking money, our study at least of Michigan DAFs showed it’s not true.”

The GVSU research is also being heralded by industry experts as the first of its kind, even though it’s focused on Michigan, because nonprofits aren’t required to disclose data about fund amounts and when they distribute money to charities. The Council of Michigan Foundations provided anonymous account-level data to researchers covering about 90 percent of DAFs at Michigan community foundations.

The study also found “across the board” that larger DAFs distributed relatively less funds compared to smaller DAFs, Williams said. While larger funds in Michigan may distribute around 4 percent to 5 percent of their total, some smaller funds were paying out between 20 percent to 40 percent.

“Bigger DAFs start to act as if they are a foundation,” Williams said. “Just by behavior, it looks like larger DAFs are kind of acting like a perpetuity.”