Which Cities Are Most Vulnerable to a “Food Shock”? 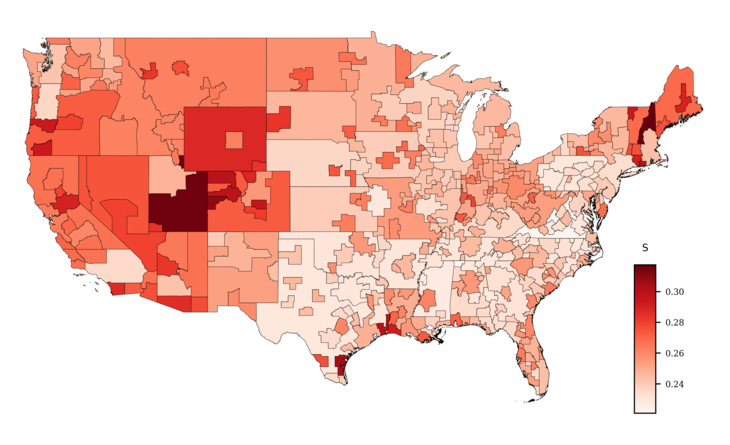 Some cities are much more vulnerable to “food shock”, or a sudden drop in food supply, according to new research published this month in Nature.

The researchers investigated four types of food — crops, live animals, feed and meat — over a four-year period from 2012 to 2015 when there were droughts and production shocks in the Great Plains and the western U.S.

“Cities fundamentally depend on other regions for the provision of food and other basic resources,” said Alfonso Mejia, associate professor of civil and environmental engineering, Penn State. “We looked at food because it interconnects with other critical regional systems — water and energy — and food production is inherently linked to climate variability and change. We wanted to apply basic lessons from the natural world — biodiverse ecosystems are more resistant to shocks, learned through millennia of adapting to disruption of all kinds — to our human food systems.”

“If a city’s food sources are mainly from regions nearby, then its supply chain is not going to be very diverse,” said Michael Gomez, doctoral candidate in civil engineering, Penn State.  “It’s not just distance though, there are other factors that impact diversity.”

Some of the variables important to food shock resilience include location, climate, supply network characteristics and level of urbanization. If all a city’s beef came from Texas during the drought, for example, then that city would have experienced a food shock with respect to beef during that time.

“There are a number of things that will have a ripple effect on the food supply chain,” said Gomez.  “Drought, heatwaves, flooding, cyberattacks, global pandemics.”