A team from the Center for Communicable Disease Dynamics at the Harvard T.H. Chan School of Public Health has designed an app to explore how many COVID-19 cases may exist in areas without widespread testing.

The app lets users adjust various parameters, which are then used by the model to estimate how many cases might be circulating given those parameters (in places without widespread testing).

The authors of the model caution that some scenarios may be unrealistic and the model is for exploration only. 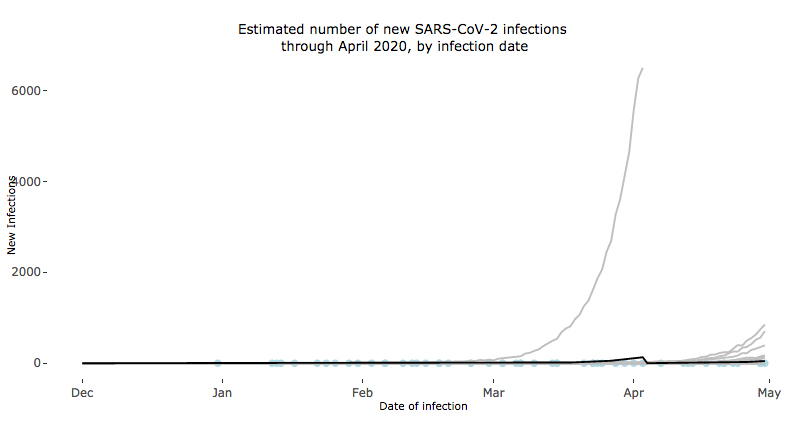